Four performance measures were reliable and valid as primary or secondary outcomes in multiple sclerosis (MS) clinical trials, both individually and combined into a multidimensional test battery, a study by the MS Outcome Assessments Consortium (MSOAC) suggests.

The MSOAC was established in 2012 to improve clinical outcome measures of MS-related disability. The analysis was part of the group’s effort to increase the speed of clinical trials in MS by identifying tools that best reflect changes in walking, vision, cognition, and manual dexterity.

“This study provides characterization and initial validation of a multidimensional measure of MS-related disability, using a large pooled clinical trial dataset,” Cohen says, in MedPage Today. “It was carried out as part of an effort by the MS Outcome Assessments Consortium to obtain formal qualification of this measure by regulatory authorities — the FDA and the European Medicines Agency.”

“Multiple sclerosis is a heterogeneous disease, affecting patients’ brains, spinal cords, and optic nerves to varying severities,” notes Maria Pia Sormani, PhD, of the University of Genoa in Italy, and R.T. Naismith, MD, of Washington University in St. Louis, in an accompanying editorial. “The Expanded Disability Status Scale (EDSS), and its standardized neuro status examination, has successfully supported the efforts towards many treatment breakthroughs.”

But the EDSS is heavily weighted towards walking and misses patients who have worsening disease and impairments in other domains, Sormani and Naismith point out. To overcome deficiencies in the EDSS, the MS Functional Composite (MSFC), a tool integrating the Timed 25-Foot Walk, 9-Hole Peg Test, and Paced Auditory Serial Addition Test, was created.

“Indeed, the IMPACT trial, an early study of an interferon in secondary progressive MS, demonstrated better sensitivity for disability worsening based upon the MSFC compared to the EDSS,” but regulatory agencies could not interpret the clinical meaningfulness of its outcomes, the editorialists wrote.

“Despite all the successes within the MS field, unmet needs continue for those with fixed disability and progressive subtypes,” they add, per the release. “A composite would be particularly useful for demonstrating benefit when one domain may be resistant to change.”

The researchers looked at the four tools both individually and combined into a multidimensional test battery relative to the EDSS and SF-36. Trial participants were mostly women with relapsing remitting MS (RRMS); they had a median EDSS score of 2.5 (indicating relatively mild disability) and a median age of 40.

The researchers calculated intraclass correlation coefficients (ICC) to compare trends for each test and found good test-retest reliability for each measure, though the ICC for the Timed 25-Foot Walk (0.71) was lower compared with other measures (0.84-0.88).

All four performance measures were worse in participants with longer MS disease duration and with worse EDSS scores. Compared with EDSS, progression rates in detecting time to 3-months confirmed worsening was lower for the Timed 25-Foot Walk and the 9-Hole Peg Test. The Low Contrast Letter Acuity and the Symbol Digit Modalities Test had 3-month confirmed worsening rates similar to EDSS.

Worsening on the performance measures analyzed individually or as a composite battery was associated with clinically meaningful worse scores on the physical component summary of the SF-36. When all four tools were analyzed as a multidimensional measure, the proportion of patients worsening on any one test was higher than the proportion worsening on EDSS, indicating sensitivity to the combined measure.

The analysis had several limitations, the authors note. Most patients had RRMS and relatively mild disability. There were fewer data for the Low Contrast Letter Acuity, the Symbol Digit Modalities Test, and self-reported measures in the trials. A limited number of datasets contained all four performance measures and EDSS, and the analyses focused on 3-month, not 6-month, confirmed disability.

The results confirm the measurement properties of the four tests, particularly when combined, the consortium authors conclude.

“The associations with established measures of disability and health-related quality of life (SF-36) indicate that they evaluate clinically meaningful aspects of MS-related disability,” they write. “These findings support the use of these measures either alone or together as a multidimensional test battery as primary or key secondary endpoints in MS studies.” 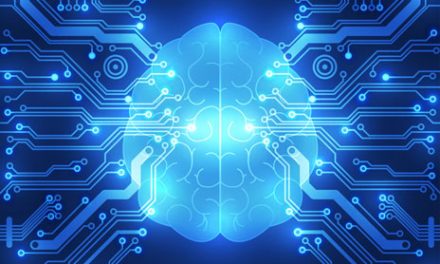