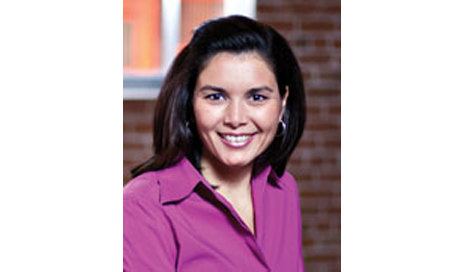 Phoenix-based WebPT announces in a media release that Heidi Jannenga, PT, DPT, ATC/L, its co-founder and COO, has been named Physical Therapist of the Year by the Arizona Physical Therapy Association (AzPTA).

Created in 1984, the award honors “…a physical therapist who in the past year has demonstrated significant cooperation in the areas of education, legislation, membership, practice and public relations,” according to the release.

Jannenga, who has more than 15 years of experience as a physical therapist and a multi-site clinic director, leads WebPT’s product strategy and oversees the brand vision. This is the first time she has received the award, per the release.

AzPTA President-Elect John Heick articulates in the release that Jannenga was chosen to receive the honor because she has represented the physical therapy profession with the exact image that the association wants the public to see when they think about physical therapy.

“She sets a positive example for all women leaders — in both the physical therapy industry and the greater business community,” he adds. “The national recognition that she has received through multiple key awards is well deserved and inspires others to pursue their dreams.”

“It’s such an honor to win this prestigious award and be recognized by my peers, especially during National Physical Therapy Month,” Jannenga states in the release. “This award validates and inspires me to continue on with WebPT’s mission to empower rehab professionals to achieve greatness in practice.”