In an effort to raise awareness about scientifically proven treatments available for concussions, the University of Pittsburgh Medical Center (UPMC) and the UPMC Sports Medicine Concussion Program have launched ReThinkConcussions.com, which features an interactive guide to understanding concussion and how UPMC approaches this complex, unseen injury.

The Concussion Program, a university news release states, treats sports-related concussions, with a total of 17,000 patient visits per year. UPMC’s program is designed to consistently contribute to innovations in the field with nearly 20 published, peer-reviewed research studies annually.

Michael “Micky” Collins, PhD, clinical and executive director of the UPMC Sports Medicine Concussion Program, emphasizes that concussion is treatable if managed properly, pointing out, “With all the new research we’ve done and the nearly 200 papers we’ve helped to publish in the past decade or so, we now are able to provide proven treatments and evidence-based rehabilitation therapies. That should be the conversation now instead of the near-hysteria.”

Collins adds that concussions should be thought of as a treatable injury in the right hands, rather than an untreatable condition “that causes you to retreat into a dark room. The individualized approach to this injury, the ability to use a multidisciplinary team to return patients to normal lives, has changed the course of the injury here—and our successes could be repeated across the world, too.”

To this end, the ReThinkConcussions.com website offers visitors information about concussion therapies and prevalent myths. The site outlines UPMC’s multidisciplinary approach to treating six different types of concussions, each of which carry its own symptoms and outcomes. The site also provides insight into patients’ treatment experiences and emotional journeys through some of their stories.

As part of this initiative, NASCAR’s Dale Earnhardt Jr and David Ross, Major League catcher, share their stories in separate videos slated to air on television regionally (Ross) and nationally (Earnhardt Jr). The athletes participated in the spots without compensation, according to the release, seeking to increase awareness and education about concussions and their successful rehabilitations.

The release adds that other professional athletes who are or will be featured in the ReThinkConcussions.com initiative include former NFL quarterback Brady Quinn, Major League second baseman Brian Roberts, and Tyler Hansbrough of the NBA, among others. In addition, athletes of all ages and levels, from recreational to amateur to high school and beyond, are also scheduled to participate in the initiative by demonstrating how concussions strike every sport and walk of life.

Collins points out that to “see” concussion, it is important to ask the right questions.

“…By asking the right questions and looking at the right systems in the right way with the right tools, we can put together a very coherent approach to understanding the injury and determining active treatment strategies. That’s the important message for people to know now,” Collins says.

Collins is the co-developer of the ImPACT neurocognitive test, a co-author of the Centers for Disease Control’s “Concussion Tool Kit for Physicians,” a consultant to a variety of professional and collegiate leagues, and a frequent presenter nationally and internationally helping to train thousands of health care professionals in concussion management and evaluation. 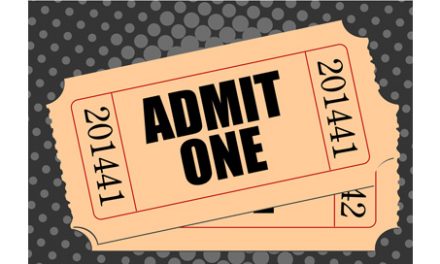 Study: Simple Vision Test Can Aid in Diagnosis of Concussion