How Long Should it Really Take to Recover from mTBI?

Less than half of patients with sports-related mild traumatic brain injury (mTBI) achieve clinical recovery within 2 weeks after injury, reports a study in Clinical Journal of Sport Medicine.

“This study challenges current perceptions that most people with a sports-related mTBI recover within 10 to 14 days,” write Stephen Kara, MBChB, of Axis Sports Medicine, Auckland, New Zealand, in a media release from Wolters Kluwer Health. The findings also question the belief that children recover more slowly after sports-related concussion, and highlight the importance of early access to care after mTBI.

The researchers analyzed recovery time in 594 patients with sports-related mTBI treated at their concussion clinic over a 2-year period. All patients in the study were seen on average 8 days after injury. Seventy-seven percent were male. The average age was 20 years; about 7.5% of patients were children under age 12.

Patients were managed in a standardized assessment and management protocol, following current international guidelines (2017 Concussion in Sport Group [CISG] consensus statement). The protocol included an initial period of “relative rest” for 48 hours, with gradually increasing cognitive and physical activity. Patients were re-evaluated at 14 days post injury and then every 2 weeks until clinical recovery – defined by symptom scores, resolution of any abnormalities on initial examination, and demonstration of exercise tolerance.

At 14 days, mTBI symptoms had resolved in only 45% of patients – meaning that 55% did not yet have clinical recovery. In contrast, current CISG guidelines state that 80% to 90% of sports-related concussions resolve within 7 to 10 days.

Clinical recovery rate increased to 77% at 4 weeks after injury and 96% at 8 weeks. Recovery time was similar across age groups; that’s in contrast to the CISG and other previous statements that children have longer times to clinical recovery after mTBI.

Recovery times were longer for female athletes, as well as for patients with certain “concussion modifiers” (history of migraine or mental health issues) previously linked to prolonged recovery. Patients who waited longer before their first visit to the concussion clinic were also at increased risk of prolonged recovery time, the release explains.

“For a seven-day increase in time to initial appointment, we could expect an approximate 15 percent increase in the number of days until clinical recovery,” according to the authors.

“This rate of recovery is slower than described in previous CISG, and other position statements,” they add. ” We believe that our data may reflect the natural recovery timeline for those with a sports-related mTBI.”

Kara and coauthors note that their standardized concussion protocol – including early active rehabilitation and equal access to medical resources – led to similar recovery times regardless of age or level of sport. They also found faster recovery time among patients who get medical attention more quickly after injury.

“Early access to care after mTBI leads to faster recovery,” Kara comments. “It enables physicians and therapists to empower patients to be actively involved in their recovery from both a physical and cognitive perspective, supported by a clinical recovery protocol.”

From Therapies to Recovery: How PTs Can Evolve 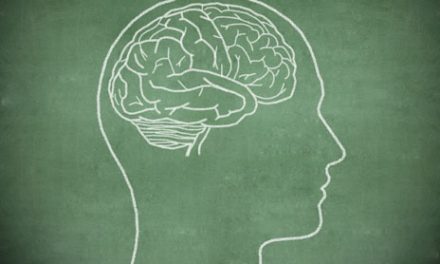