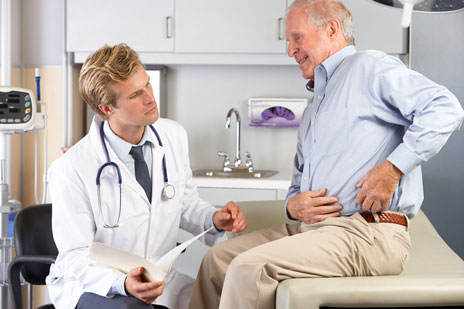 A University of Warwick study recommends more UK compulsory regulation of devices used in hip replacements to reduce the need for additional potentially traumatic and costly surgery. A news release issued by the university reports that in a paper appearing in the British Medical Journal (BMJ) a team hailing from Warwick Medical School investigated 10-year revision rates for five of the most commonly used hip replacement devices. This translated into the number of devices that had to be replaced within 10 years of the original surgery.

According to the team, the revision rates for these devices were less than 5%, however they warned that many other devices still in active use had higher revision rates than 5%. In response to the study, the release says the National Institute for Health and Care Excellence (NICE) has now recommended a reduction in the benchmark for hip replacement revision rates from 10% at 10 years to 5% at 10 years.

During the study, the release notes researchers used data from the National Joint Registry, containing records of primary surgery for hip resurfacing and total hip replacement between April 2003 and March 2012.

Aileen Clarke, FFPH, FRCGP, MD, professor and one of the study’s authors, emphasizes in the release that additional regulation was needed and says revision surgery to replace a total hip replacement device was traumatic for the patient and expensive for the NHS.

When the researchers began the research for NICE, Clarke states that they found “the revision rates for five of the most commonly-used hip replacement devices were less than 5%, which gave NICE the confidence to suggest this lower benchmark figure. This new guideline will help to make sure only the most effective devices are used, but the fact remains that the regulation process is not good enough.”

Clarke adds that whether a total hip replacement device is assessed by the Orthopaedic Data Evaluation Panel (ODEP) or not, depends upon voluntary submission of evidence from device manufacturers. The assumption, according to Clarke, is that the devices can have a looser regulation mechanism than drugs, yet researchers question this as a large number of different brands of devices have slipped into routine use, although some reportedly had high rates of revision.

She points out that ODEP needed to be strengthened and that randomized controlled trials should be compulsory for devices, in the same way they are for new drugs.

Fellow author Ngianga-Bakwin Kandala, PhD, adds that the NICE guidelines are necessary, but are overshadowed by the need for more effective and compulsory regulation.