A new consensus statement establishes guidance for conducting screenings of athletes prior to sports participation, and recommends an action plan be in place for quick response in case athletes experience sudden cardiac arrest.

The statement, published recently in the Journal of the American College of Cardiology, was developed by a 29-person task force convened by the NCAA in September 2014 to address concerns regarding cardiovascular care for student athletes. These task force members included multidisciplinary physician specialists and athletic trainers representing national sports and medical associations.

According to the consensus statement, both the American College of Cardiology (ACC) and the American Heart Association (AHA) recommend that during the pre-participation screening, an athlete’s family history is noted using the AHA’s 14-point questionnaire and a physical examination is conducted to determine the athlete’s risk of cardiovascular disease. Neither the ACC nor the AHA recommends the routine, large-scale use of electrocardiograms during the screening.

However, acknowledging the fact that NCAA-member institutions that have the ability to conduct ECGs on all athletes are already doing so, the consensus statement outlines specific guidance for conducting ECGs in an entire student-athlete population, including the guidance that only physicians trained according to ACC/AHA/Heart Rhythm Society recommendations should be conducting the ECGs, explains a media release from the American College of Cardiology.

The statement also recommends that all universities have a written emergency action plan in place for the treatment of cardiac arrest among their athletes. The action plan should be well-rehearsed, with different protocol for treatment during a practice versus during a game/championship event, since treatment during a game can be vastly different due to traffic delays and access problems for emergency medical services.

The emergency action plan should include information on training anticipated responders, establishing an emergency communications system, ensuring automated external defibrillators are easily accessible and properly charged, and integrating on-site response protocols with the local emergency management system. Once in place, the plan should be reviewed and practiced at least annually, per the release.

“The interassociation statement, developed and endorsed by leading national medical and sports medicine organizations, is the result of an exceptional collaborative effort and will serve as a meaningful resource for our member schools in support of the cardiac health of college athletes,” says Brian Hainline, MD, lead author of the study and NCAA chief medical officer, in the release.

Webinar to Examine Impact of ACA on Aquatic Therapy 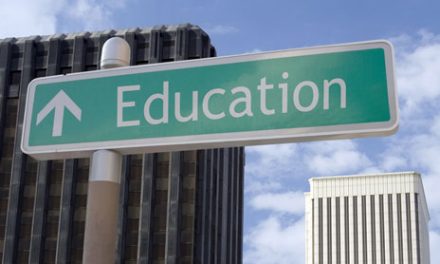