Disparities in Outpatient Care for Orthopaedic Conditions Evident in Study

Some of the same characteristics are linked to higher use of more-expensive emergency department (ED) care for orthopaedic conditions, according to the study, conducted by Nicholas M. Rabah and colleagues of Case Western Reserve University School of Medicine, Cleveland.

“It is imperative for orthopaedic surgeons to continue to collaborate with policy makers to create targeted interventions that improve access to and use of outpatient orthopaedic care to reduce healthcare expenditures,” the researchers write, according to a news release from Wolters Kluwer Health: Lippincott Williams and Wilkins.

The study included data on more than 63,500 patients receiving office-based or ED care for common orthopaedic conditions between 2007 and 2015, drawn from the nationally representative Medical Expenditure Panel Survey. The study focused on eight categories of non-emergent musculoskeletal conditions—for example, osteoarthritis, fractures, and strains and sprains. (The study did not include spinal disorders, which can be treated by either neurosurgeons or orthopaedic surgeons.)

Several sociodemographic factors were linked to lower use of office-based care for musculoskeletal conditions. After adjustment for other characteristics, black and Hispanic patients were about 20% less likely to receive outpatient care, compared to white patients.

Use of outpatient orthopaedic care was also lower for Americans with household incomes below the federal poverty line, without at least a high school education, and without private insurance (either on public insurance or uninsured), the release explains.

Multiple factors may contribute to the observed disparities, including differences in health literacy, beliefs about health and disease, and lack of social support and resources to recognize diseases and make informed decisions, per the release.

“[O]rthopaedic surgeons should focus on improving communication with patients of all backgrounds to help them identify musculoskeletal symptoms that warrant office-based orthopaedic care versus ED care,” the researchers conclude.

Keep Safety in Mind During Winter Sports to Avoid Injuries 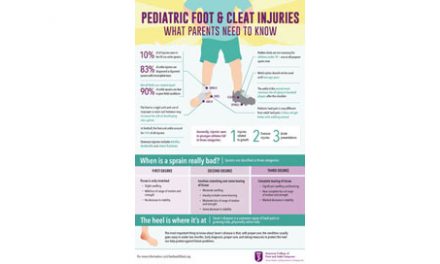