A diagnosis from a neurologist by video for neurological conditions such as stroke, traumatic brain injury, and multiple sclerosis is likely to be as accurate as an in-person visit, according to an evidence review published recently in Neurology.

“Telemedicine can be especially helpful for people with epilepsy, who may not be able to drive to appointments, people with neurologic disorders like multiple sclerosis and movement disorders, who may have mobility issues that make getting to a clinic difficult, and, of course, for people in rural areas who may not be able to see a neurologist based hours away without making that trip,” says lead author Jaime Hatcher-Martin, MD, PhD, who was with Emory University in Atlanta while serving on the American Academy of Neurology’s (AAN) Telemedicine Work Group, is now with the company SOC Telemed and is a member of the American Academy of Neurology, according to a media release from the AAN.

“Another effective use may be for evaluating people with possible concussions, where telemedicine could be used on-site to make an immediate diagnosis. For sports injuries, it could be used to make a decision on whether the athlete is ready to return to the field.”

As part of the evidence review, the researchers analyzed 101 studies on telemedicine use in the areas of concussion and traumatic brain injury, dementia, epilepsy, headache, multiple sclerosis, movement disorders, neuromuscular conditions, and general neurology. Hatcher-Martin notes in the release that evidence for the use of telemedicine for stroke has been well-established.

Overall, studies found that patients and their caregivers were just as satisfied with virtual doctor visits as they were with in-person visits. Some studies show that using telemedicine is as effective as in-person visits to make accurate diagnoses and in some cases may show improved health outcomes. However, few randomized, controlled studies have been conducted on telemedicine for neurology, outside of stroke. In many areas, little research has been done.

“We need to conduct further studies to better understand when virtual appointments are a good option for a patient. Keep in mind that telemedicine may not eliminate the need for people to meet with a neurologist in person. Rather, it is another tool that can help increase people’s access to care and also help lessen the burden of travel and costs for patients, providers and caregivers.” 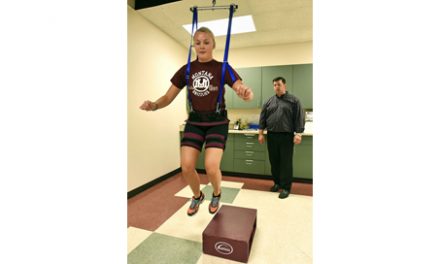 In Development: Wireless Sleeve to Assist with Poststroke Arm Rehab