A news release issued by the American Heart Association states that according to federal statistics, stroke has dropped from the nation’s fourth-leading cause of death to number five. The release adds that the change marks the second time since 2011 that stroke has dropped a spot in the mortality rankings.

A recent report released by the Centers for Disease Control and Prevention (CDC) adds that stroke has switched positions with unintentional injuries, which killed 1,579 more individuals than stroke in 2013.

The statistics are “a tribute to the many courageous survivors, healthcare professionals, researchers, volunteers, and everyone else committed to fighting stroke. Still, far too many people are still dying from stroke, and too many people are suffering greatly from this disease,” according to Elliott Antman, MD, professor of medicine and Associate Dean for Clinical/Translational Research at Harvard Medical School and a senior physician in the Cardiovascular Division of the Brigham and Women’s Hospital in Boston.

The decline in stroke deaths may have resulted in part from improvements made in its treatment and prevention, says Ralph Sacco, MD, past president of the American Heart Association and chairman of neurology at the University of Miami Miller School of Medicine. Sacco attributes the decline to an increase of stroke centers operating in the US and improvements in acute care of stroke.

Sacco also emphasizes in the release that while mortality from stroke is declining, “we know that the number of people having strokes in the US is rising each year due to the aging of our population and other signs that strokes have increased in younger groups.”

The CDC report, the release notes, indicates that despite the lower death rate, 432 more individuals died from stroke in 2013 than in 2012. The release adds that stroke remains the leading cause of disability in the US. 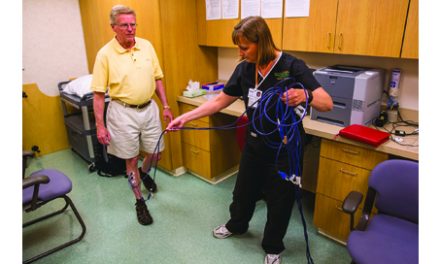 Who You See Matters in Stroke Recovery