Amanda Charles, DPT, and Mary Noon, DPT, work on high level balance skills during a ball toss with a patient who has a spinal cord injury. The SafeGait 360º from Gorbel Medical, Victor, NY, provides dynamic support that allows the patient to explore his limits of stability without falling.

Most rehabilitation professionals will agree that successful programs are built upon a team approach. An effective team includes an array of medical professionals working together with the patient to achieve his or her functional goals. The team relies upon the unique skills of each member to progress forward. At MossRehab, another key component of the rehabilitation team is the use of robotic technology.

MossRehab is the largest provider of physical medicine and rehabilitation in the Philadelphia region. Since its inception in 1900, MossRehab has been pioneering medical rehabilitation through research, advocacy, and education. Led by Alberto Esquenazi, MD, John Otto Haas chair, and chief medical officer, MossRehab has acquired 20 robotic devices to help assess and treat the neurological deficits plaguing its patients.

“Pioneering robotic rehabilitation has certainly required the development of a culture that involves all of the care team as well as administrators and researchers.” Esquenazi says. “Having a clear vision that is communicated and adopted by all is of great importance to succeed.”

Two of the largest populations treated at MossRehab include patients who have suffered the effects of stroke and spinal cord injury. There are nearly 7 million stroke survivors in the United States, and each year this number grows by 800,000. While almost 80% of strokes are preventable, stroke is the leading cause of serious disability in the United States.1 Alternatively, it is estimated that there are 300,000 Americans currently living with a spinal cord injury with 17,000 new cases reported annually.2 The greatest obstacle facing both groups is the inability to control purposeful movement of their trunk and limbs. Once thought irreparable, the damage incurred by the brain and spinal cord is now seen in a new light thanks to advances in the concepts of neuroplasticity and neurogenesis.3

While beyond the scope of this article, a new understanding of how the central nervous system repairs itself has guided treatment protocols and aided the therapist to choose the appropriate robot to suit the patient’s needs during the rehabilitation process.

According to Matthew Vnenchak, PT, MS, NCS, that choice is unique for each patient. “I feel lucky to work at a facility that has such a wide array of robotic options to use for patient care. I think the most important aspect of choosing the specific device comes down to patient participation. It cannot be a passive process. We want to make sure the patient is putting forth the proper amount of effort to elicit a change, and we need to measure that effort through vital signs, biomechanical feedback from the machine, or other measures.”

Another deciding factor is the chronicity of the injury. As noted by Marcia Moore, DPT, “I think of the robotic devices across a spectrum. The stage of the rehabilitation process can drive the selection of machine. As the patient progresses, the hope is that they will rely less on robotics and more on devices that they can use in the home.”

Key features of effective neurological rehabilitation include treatments that replicate normal movement, muscle activation during this movement,4 focused attention,5 repetition of desired motion,6 and training specificity.7 The use of robotics has greatly eased the burden for therapy staff as the machines can provide body weight support and increase the number of repetitions. It is common for a patient with a neurological diagnosis to require up to three staff members to safely perform over-ground walking with the use of an assistance device. This can now be performed with one staff member when a robotic device is used properly. This allows the patient a longer amount of time in upright postures and an increased number of steps without fatiguing the therapist. Of the 20 robotic devices available at MossRehab, the most widely used machines for lower extremity involvement include the Lokomat, the G-EO, the Andago, the SafeGait 360º, and the Hunova.

The two main types of robotic gait devices are exoskeletons and end-effector devices. The Lokomat by Hocoma, Norwell, Mass, is an example of a body weight-supported exoskeletal device. The patient is supported above a treadmill, and synchronized robotic legs allow the patient to contribute to movement utilizing normal gait patterns. Walking speed can be varied to patients’ tolerance and gradually increased to normal age-related values. The G-EO by Reha Technology AG, Olten, Switzerland, is a type of end-effector device. While the patient is suspended from above the machine through a harness, the G-EO system only attaches to the feet and controls movement through the foot platforms. The hip and knee are free and react to the movement elicited from below. Both machines allow the therapist to control the amount of support and guidance provided through the gait cycle and can communicate the amount of effort put forth by the patient. Visual feedback is provided to the patient via display monitors which can improve focused attention and muscle activation.

Alberto Esquenazi, MD, provides verbal cues to enhance feedback for a patient who is affected by hemiplegia and is using the Lokomat.

As a patient regains the ability to support himself against gravity, the therapist may transition to the Andago, also manufactured by Hocoma, or the SafeGait 360º manufactured by Gorbel Medical, Victor, NY. The Andago is a frame on wheels with a harness that provides constant and adjustable body weight support over varied ground surfaces. Unlike the Lokomat or G-EO, the Andago moves with the patient as they move about the room and can be used over ramps and carpeting to vary the ground surface. The SafeGait 360º is a body harness suspended from a ceiling-mounted track. The overhead actuator provides varied body weight support and allows the patient to experience losses of balance without causing injury. This can provide beneficial feedback to patients as they relearn their center of gravity and explore their limits of control.

The newest addition to the MossRehab Robotic Team is the Hunova by Movendo Technology, Genoa, Italy. The Hunova combines pressure-sensing moveable platforms at the seat and feet to provide a multitude of assessments and interventions during treatment. It can be used in sitting or in standing depending upon the focus of the session. For example, a therapist may set up the Hunova to improve sitting balance for a patient with hemiplegia. In active mode, the machine will react to the patient’s movements and provide feedback to encourage upright sitting posture. Variables such as difficulty level, resistance, and amplitude can be customized by the therapist to meet the patient’s needs.8

Ultimately, the patient’s engagement during the robotic intervention is the driving factor for progress. Since his stroke in 2006, 48-year-old Reese Hicks has had experience on a number of robotic devices during his rehabilitation. “The robots really help and give you an extra sense of security and a feeling of independence. The teamwork at Moss is awesome. I have an attitude of gratitude!”

Such success stories strengthen MossRehab’s commitment to robotic interventions. “Robots for rehabilitation are here to stay,” Esquenazi says, “and will continue to evolve to meet the demands of the future. PTP

Theresa Toczylowski, MPT, is a graduate of the University of Sciences in Philadelphia and has worked as a physical therapist since 2000. After beginning her career in the acute care setting, Toczylowski joined the MossRehab Outpatient team in 2008 and became supervisor in 2012. She works with both the orthopedic and neurological populations and manages MossRehab’s use of FOTO for tracking outcomes. For more information, contact PTPEditor@medqor.com. 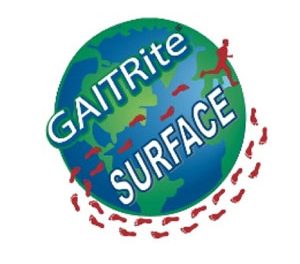 GAITRite SURFACE Releases Upgrade, Replicates Stepping On and Off Curb