Should You Wait Before Having Surgery for An ACL Tear?

(Reuters Health) – For some people, delaying knee surgery after an ACL rupture and trying exercise therapy instead may produce better outcomes over the long term, researchers suggest.

Doing surgery on a torn ACL (anterior cruciate ligament) soon after the injury may be linked to worse problems five years later, especially if an individual also has a lot of pain and swelling or has injured other parts of the knee at the same time, lead study author Dr. Stephanie Filbay of the University of Oxford in the UK said by email.

It can lead to a longer recovery and worse prognosis, she told Reuters Health.

Filbay and her colleagues analyzed data from a trial comparing outcomes for 18-to-35 year olds who, within a month of an acute ACL injury, were randomly assigned to surgery plus exercise or exercise therapy alone with the option to have surgery later.

On the other hand, those who had exercise therapy alone and went on to have surgery on a different part of the knee had worse pain five years later than those who didn’t have non-ACL surgery.

Taken together, the authors say, the findings suggest that young, active individuals with an acute ACL injury who also have an injured meniscus, and those who have more severe knee pain and functional problems early on may benefit most from starting with exercise therapy first, before considering ACL reconstruction.

However, decisions should be made on a case-by-case basis, they advise.

Dr. Michael Alaia, an orthopedic surgeon at NYU Langone Medical Center in New York, said this study was small and “larger studies will be necessary to truly understand which patients may benefit from an extended trial of non-operative management of their ACL tears.”

While the authors found that some active young people might benefit from an exercise-first approach, Alaia suggests the approach might benefit patients who are less physically active, have other medical conditions or don’t engage in sports requiring pivoting.

“Limiting the number of ‘giving way’ episodes could reduce the chance of further damage to other important structures inside the knee,” he told Reuters Health in an email.

Alaia noted that many of his New York City patients who had no insurance coverage until after implementation of the Affordable Care Act had ACL tears years earlier – as active teenagers or young adults – but could not obtain treatment. “Unfortunately, a great number of these patients went on to develop significant cartilage or meniscus damage at an early age,” he said.

“This highlights the dilemma we have as surgeons – to try and figure out which patients will demonstrate continued instability and who will not,” he said, “and treat them appropriately before they go on to develop irreversible changes.”

Pregnancy Stage Should Factor into the Mother and Fetus’ Orthopaedic Care

Step It Up to Keep BMI Steady in Middle Age, Researchers Note 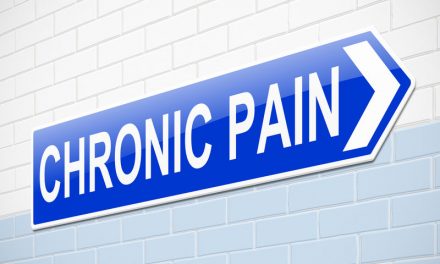