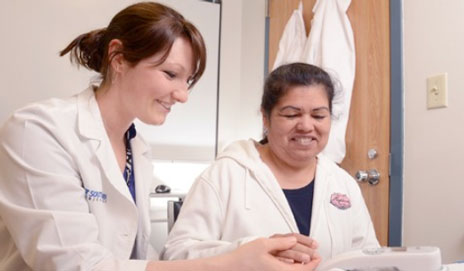 A recent university news release from UT Southwestern Medical Center reports that the center will be one of three national sites to pioneer US testing for an implant device designed to stimulate the vagus nerve in stroke patients; the aim is to determine whether the technology can help restore lost arm function.

The release states that the device, known as the Vivistim System, was developed by Dallas-based company MicroTransponder Inc with a license from UT Dallas. The technology is engineered to stimulate the neck’s vagus nerve. It is implanted under the collarbone and is about the size of a pacemaker. According to the release, it sends painless, half-second electrical pulses up the vagus nerve, causing neruomodulators to be released in various parts of the brain. There are also alternate forms of vagus nerve stimulation therapy already approved for use by the FDA for treating other illnesses, such as depression and epilepsy, the release adds.

The neuromodulators “appear to facilitate the creation of new neuron pathways in the brain, which play a key role in restoring muscle movement,” says Ty Shang, MD, PhD, in the release.

A stroke deprives brain cells of oxygen, and without oxygen, brain cells die and can no longer perform the function for which they were intended, Shang points out.

“There has been no known way to regenerate new brain cells to replace them, but in early tests with this device, the brain appears to ‘rewire’ other cells to perform the function,” he adds.

The Vivistim System is built to improve motor function in the more involved arm of a patient post-stroke. The technology was studied beginning in 2013 for efficacy and safety in a small study in Glasgow, Scotland, the release says. Individuals in the Glasgow study reportedly experienced meaningful, functional improvements in their more involved arm.

Shang theorizes that VNS therapy may serve as the stimulus for motor relearning with the more involved arm for individuals post-stroke. While gaining functional improvement in the impaired arm can be a challenge, Shang says, “VNS therapy might make achieving functional gains easier.”

The release notes that currently, UT Southwestern researchers are seeking individuals in the Dallas-Fort Worth metroplex who sustained a stroke 4 months to 5 years ago to participate in the trial.

Once participants have undergone outpatient surgery to implant the device, the release says they will be scheduled for 18, 90-minute sessions of intensive, task-specific therapy during a 6-week period, with quarterly follow-up evaluations for the next year.

To Lower Blood Pressure, Exercise May Be As Good As Medication

How Does Taking Opioids Affect the Odds of Finding a Primary Doctor?

Exercise Can Help Keep People Young? It’s All in the Cells

Most Kids Can Manage Pain After Surgery Without Opioids