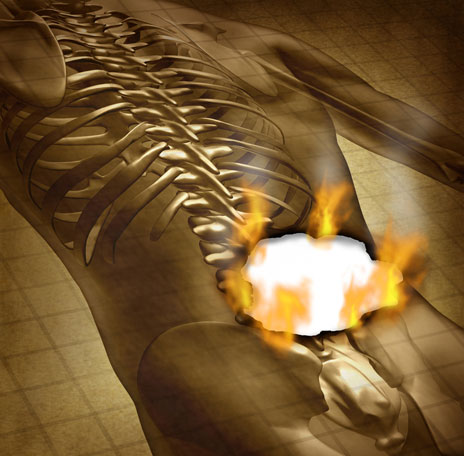 Recent research indicates that a new form of talking therapy may hold promise for individuals with chronic low back pain who are also living with related psychological stress.

The research appears online in the journal BMC Musculoskeletal Disorders and was funded by Arthritis Research UK.

According to a news release from Royal Holloway, University of London, Tamar Pincus, MSc, MPhil, PhD, professor, department of Psychology, also found that patients preferred a combination of talking therapy and physiotherapy to address both the psychological and physical aspects of their back pain.

A new treatment, contextual cognitive behavioral therapy (CCBT), may hold promise for these patients, the release notes. It reportedly focuses on accepting pain that cannot be cured, and learning to live life to the fullest despite the pain. The release goes on to say that researchers carried out a feasibility study to test the credibility and acceptability of a type of talking therapy known as contextual cognitive behavioral therapy compared to physiotherapy in 89 patients with low back pain.

Patients were randomized to receive CCBT or physiotherapy during an 18-month period for 8 weeks. CCBT was delivered by trained psychologists, the release says, on a one-to-one basis, and comprised up to eight sessions. Physiotherapy encompassed back to fitness group exercise exercises.

The release states that patients participating had low back pain for at least 3 months and high levels of psychological distress, avoided daily activities, and were classified as “fear avoidant.”

Pincus explains that the study suggests “CCBT is acceptable to patients, but interestingly many patients who took part, as well as several of the clinicians involved – both psychologists and physiotherapists – thought the best treatment was a combination of both physiotherapy and CCBT.”

“Patients and clinicians felt the best solution would be to deal with both physical difficulties and psychological problems,” she adds.

Stephen Simpson, director, research and programs at the charity Arthritis Research UK, comments on the study in the release, noting that researchers know “for some people with chronic low back pain psychological stress is a major factor, and therefore there is a significant challenge to find effective treatments. This pilot study has shown that combining physical and psychological approaches could be the way forward to treat this common, often disabling condition more effectively.”

The release notes that Pincus and her team are now planning a larger clinical trial designed to explore whether a blend of physiotherapy and psychology will improve outcomes for patients and reduce treatment costs in the long term.

CDC: Average Size of Men’s, Women’s Waistlines in US Increasing