Type of Exercise May Be Less Important in Fight Against Obesity, Research Says 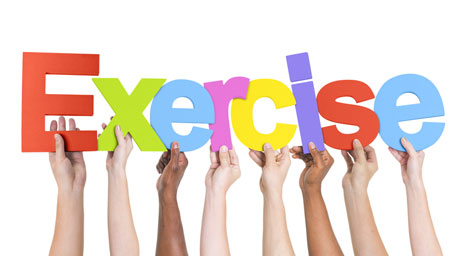 A new study by researchers from the Technical University of Madrid and La Paz University Hospital, working as part of the Nutrition and Physical Activity Programs for Obesity Treatment project, suggests that the type of exercise used to reduce weight and body mass may be less important than previously thought, according to a press release from the American Physiological Society.

The study was published recently in the Journal of Applied Physiology.

In the study, called “Change in Weight and Body Composition in Obese Subjects Following a Hypocaloric Diet Plus Different Training Programs or Physical Activity Recommendations,” researchers aimed to measure whether the type of exercise—endurance training, strength training, strength plus endurance, or simply following government recommendations for weekly activity goals—combined with diet made a significant difference in body weight and body composition, the release notes.

Researchers reportedly followed 96 obese subjects (48 men and 48 women) ranging in age from 18 to 50 through a 22-week supervised program, the release explains. The participants followed a similar reduced-calorie diet that was measured to provide each individual with 30% fewer calories than he or she burned each day.

Participants following the physical activity guidelines were advised to exercise 30 to 60 minutes per day on most, if not all, days of the week for a total of 200 to 300 minutes of moderate-to-intense activity per week. Also, they were encouraged to walk instead of drive, take the stairs instead of the elevator, and undergo other lifestyle interventions to increase daily activity, according to the release.

Per the release, the researchers concluded that outcomes for the participants—including significant reductions in body weight, body mass index, waist circumference, total fat mass, and a significant increase in lean mass—were positive across the board despite the differences in the type of exercise performed.

“The present study shows that, when adhered to alongside a hypocaloric diet, different exercise training programs (endurance, strength, or their combination) or the following of physical activity recommendations are equally efficient in terms of improving body weight and body composition variables in obesity management,” the research team writes.

In their study, the release says the researchers also stressed the importance of adding exercise from the health point of view.

“One calorie burned in exercise is not the same as one not ingested,” the researchers say.