Could lack of vitamin D be a factor in one’s susceptibility to muscle injuries? It’s possible, according to researchers in a recent study from the Hospital for Special Surgery.

According to the study, presented during the American Academy of Orthopaedic Surgery Annual Meeting, more than half of the college football athletes who participated in the study had inadequate levels of vitamin D in their systems, and researchers suggest this deficiency could make them more susceptible to muscle injuries.

“Vitamin D has been shown to play a role in muscle function and strength,” explains Scott Rodeo, MD, senior investigator and co-chief emeritus of the Sports Medicine and Shoulder Service at HSS, in a media release from Hospital for Special Surgery.

Rodeo and his team set out to determine if there was a relationship between serum vitamin D levels and lower extremity muscle strains and core muscle injury, or “sports hernia,” in college football players.

Participants in the study included 214 college athletes who took part in the 2015 National Football League Scouting Combine, where coaches, general managers, and scouts evaluate the players for possible placement on an NFL team.

The researchers collected the participants’ baseline data, such as age, body mass index, injury history, and whether they had missed any games due to a lower extremity muscle strain or core muscle injury.

A total of 126 players (59%) were found to have an abnormal serum vitamin D level, including 22 athletes (10%) with a severe deficiency.  Researchers found a significantly higher prevalence of lower extremity muscle strain and core muscle injury in those who had low vitamin D levels. Fourteen study participants reported missing at least one game due to a strain injury, and 86% of those players were found to have inadequate vitamin D levels, the release explains.

“Our primary finding is that NFL combine athletes at greatest risk for lower extremity muscle strain or core muscle injury had lower levels of vitamin D. This could be related to physiologic changes that occur to muscle composition in deficient states,” Rodeo says.

“Awareness of the potential for vitamin D inadequacy could lead to early recognition of the problem in certain athletes. This could allow for supplementation to bring levels up to normal and potentially prevent future injury,” he adds.

Rodeo believes this study could convey a message to the general population as well.

“Although our study looked at high performance athletes, it’s probably a good idea for anyone engaging in athletic activities to give some thought to vitamin D,” he states in the release. “Indeed, adequate levels of vitamin D are important to maintain good muscle and bone health in people of all ages.” 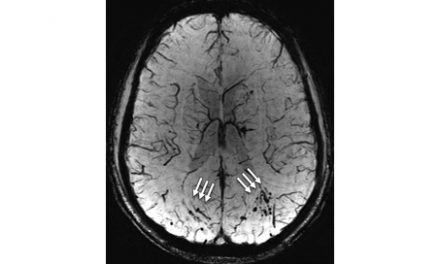 Study: Large Increase in Bicycle-Related Accidents Among Adults Over Age 45