Study: Simple Vision Test Can Aid in Diagnosis of Concussion

A simple eye test, which can reportedly be administered in less than 2 minutes, is said to aid in the diagnosis of a concussion and help determine whether student athletes as young as 5 years old should return to a game, according to new research. The research finds its roots in the NYU Langone Concussion Center according a news release issued by the center, and was published online in the Journal of Neuro-Opthalmology.

The release reports that the study encompassed 89 NCAA athletes and a youger subset of 243 youth athletes under the age of 17 years old. The results indicate how the eye test, known as the King-Devick Test, could assist in alleviating issues that face concussion diagnosis in youth sports.

Steven Galetta, MD, study author, the Philip K. Moskowitz, MD Professor and Chair of Neurology at NYU Langone Medical Center, explains in the release that the test can be administered on the sidelines by parents and non-healthcare professionals when athletic trainers and doctors are not available to monitor sidelines at youth sports games.

Galetta notes that the researchers’ findings in children and collegiate athletes “show how a simple vision test can aid in diagnosis of concussion at all levels of sport. Adding the King-Devick test to the sideline assessment of student athletes following a head injury can eliminate the guesswork for coaches and parents when deciding whether or not a student should return to play.”

The release states that as part of the King-Devick test, athletes must read numbers off of three pieces of paper while being timed with a stopwatch. A worsened performance from a baseline reading indicates a concussion has occurred.

The King-Devick test was developed in 1976 by optometrists Dr Alan King and Steven Devick. Prior studies have also assessed the test for neurological conditions that can impact vision, such as multiple sclerosis (MS), prior to researchers testing it on athletes.

In the current study, the release notes that researchers recruited 243 male and female athletes between the ages of 5 and 17 years old participating in local hockey and lacrosse leagues, and 89 athletes who played these sports at the collegiate level. All the athletes underwent a baseline King-Devick test prior to the start of the sports season.

During the test, participants read numerals on cards from left to right as quickly as possible. Times for all three reading cards are added together, and then that number is compared with the baseline score, the release says. Higher testing times suggest a worsening of performance consistent with a concussion.

Student athletes were also given a brief cognitive test known as the Standardized Assessment of Concussion (SAC) which measures memory, concentration and recall, and a Timed Tandem Gait Test; a timed walking trial.

The release says researchers determined 12 athletes sustained a concussion during the season. After matching them to control subjects of the same age and sport who did not experience a head injury, the study suggested the King-Devick (K-D) test outperformed the other two tests in distinguishing a concussed athlete versus an uninjured control subject with 92% accuracy, compared to 87% for Tandem Gait and 68% for the SAC test.

According to the release, the group’s next step is to study the underlying mechanisms of the fast eye movements required for rapid number of naming using electronic quantitive eye movement recordings in collaboration with Janet Rucker, MD, the Bernard A. and Charlotte Marden Associate Professor of Neurology and J.R. Rizzo, MD, director of the Visumotor Integration Lab at Rusk Rehabilitation. These observations may permit more precise anatomical correlations of performance data and concussive symptoms, says study co-author Laura Balcer, MD, co-director of the NYU Langone Concussion, professor of neurology, ophthalmology and population health at NUY Langone, 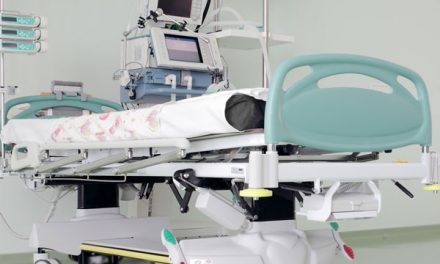 Study: Less Exercise, Not Caloric Intake, Responsible for Obesity Rise in US