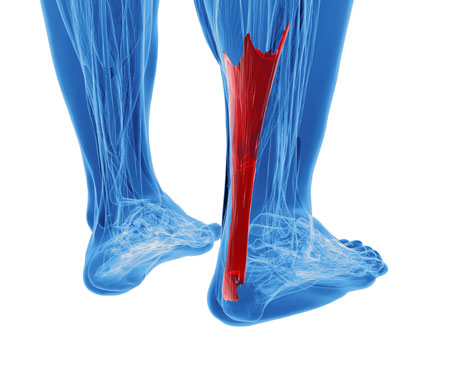 According to a news release from Queen Mary University of London (QMUL), new research centered on how tendons age indicates that the material between tendon fibre bundles stiffen as it gets older. This occurrence, researchers say, is responsible for older individuals’ susceptibility to tendon injuries.

During the study, the release notes researchers from QMUL, University of East Anglia, University College London and University of Liverpool, repeatedly stretched samples of horse tendons to test their elasticity and their ability to recover. Horse tendons are reported to be very similar to human tendons.

Previous research, the release says, suggests that stiffening in aging tendons contributes to increased injuries in older tendons and this new research indicates that it is specifically the stiffening and decreased resistance to repetitive loading of the tissue which holds tendon fibre bundles in place that is responsible.

The release notes that tendon fibre bundles are surrounded by the interfascicular matrix (IFM), comprised of tissue that enables the fibre bundles to slide past each other and stretch independently.

In horses, the superficial digital flexor tendon (SDFT), which is used to store energy for propulsion, requires greater stretching of the IFM, than in the common digital extensor tendon (CDET) that aids the positioning of the leg.

Despite the additional elasticity of the IFM recovering better after loading in the SDFT, it is prone to injury in older age because of the greater strain it is put under, and the stiffening and decreased ability to recover that results, the release says. Since the SDFT is very similar to the human Achilles tendon, researchers say the results of the study can be directly applied to Achilles injury in people.

The release reports that the new discovery indicates that injuries to different tendons could be treated differently and that new treatments could be developed to prevent injuries in older people.

“We now have a much greater understanding of what happens to tendon structure as people get older and the role that plays in injuries,” Dr Chavaunne Thorpe, QMUL’s School of Engineering and Materials Science, says in the release.

Thorpe adds that the information “could be used to develop measures to reduce the risk of tendon injury or to speed recovery.”

Vibrating Insoles May Aid in Reducing Falls Among Older Adults