How well does a GPS running watch stack up against a motion capture system in helping to identify and correct gait issues among runners? Quite well, suggests a recent study that put both to the test.

Each of the 20 participants (average ages: 20 to 55 years) ran, on average, at least 60 minutes per week. During the study period, each runner wore a Fenix 2 Garmin GPS running watch. Results from wearing the watch were compared to the use of a Vicon eight-camera motion-capture system and a force plate treadmill, per a media release from Bolingbrook, Ill-based ATI Physical Therapy.

According to the study, presented recently at the APTA Combined Sections Meeting and accepted for publication in the Journal of Orthopaedic & Sports Physical Therapy, the fitness watch performed as well as, and provided a reliable clinical alternative to, the motion capture system.

The release notes that, in addition, when the runners were asked to alter their running pattern, the fitness watch was able to detect changes in the runner’s cadence, VO, and GCT that were similar to those detected by the motion capture system.

“The validation of these watches opens the door for a cost-effective way for runners and physical therapists to improve running techniques, helping to avoid immediate injuries and correct issues that could prove to have long-term negative effects to runners,” says Adams, in the release.

“These watches also allow coaches and physical therapists to provide individualized feedback on running form and dynamics outside a laboratory setting where the majority of running takes place,” he adds. 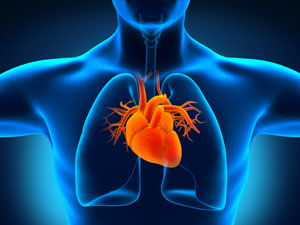 Study Touts 'Supportive Touch' as a Pain Reducer in Women