Study: Findings Inconsistent Regarding Effect of Diet and Exercise on Sarcopenia

A study recently published in Clinical Interventions in Aging suggests there is inconsistent evidence about the effects of diet and exercise on the prevention of loss of muscle mass later in life, and that further studies are necessary.

In the study, a news release from the University of South Hampton reports scientists from the Medical Research Council (MRC) Lifecourse Epidemiology Unit at the University of Southampton reviewed combined diet and exercise training trials in men and women older than age 65. They screened nearly 5,000 scientific articles, and of those, the scientists studied more than 100 of them in detail and included 17 of them in the review.

The review reportedly determined that findings differed across the studies, and suggests that more research is needed.

Although some studies have found that diet can enhance the effects of exercise,  Siân Robinson, BSc, PhD, notes current evidence is inconsistent.

In the release, Robinson, BSc, PhD, who led the review, points out, “Poor diets and being physically inactive are common in older age. Understanding the benefits of maintaining sufficient levels of physical activity and diet quality to prevent sarcopenia is therefore a priority.”

She adds that further research to determine the benefits of supplementation and exercise training for older people is therefore needed.

Avan Aihie Sayer, BSc, MBBS, MSc, PhD, FRCP, professor of geriatric medicine at the MRC Lifecourse Epidemiology Unit, and who oversaw the work, echoes Robinson’s sentiments, adding, “Sarcopenia is now recognized as a major clinical problem for older people. Gaining insights into the effects of lifestyle on losses of muscle mass and strength will be essential for the development of future public health strategies to promote better health in later life.”

According to Cyrus Cooper, OBE, MA, DM, FRCP, FFPH, FMedSci, professor of rheumatology and director of the MRC Lifecourse Epidemiology Unit, the study is “part of an important program of research at the MRC Lifecourse Epidemiology Unit that aims to improve our understanding of the effects of environment and lifestyle on musculoskeletal health and the process of aging.”

Common Cause of Sudden Cardiac Death May Occur Among Male Minorities 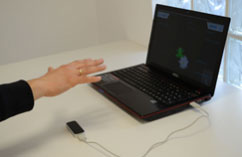