A study published in JAMA Network Open compares the 30-day readmission rates among both Medicare and privately insured patients with different types of stroke.

The study notes that, although readmissions have fallen by 3% per year, on average, between 2010 and 2014, patients discharged from nonteaching hospitals faced a significantly higher risk of readmission mainly due to having another stroke, related complications or septicemia, a serious blood infection.

“The research is important because readmissions have become a focus for improving quality of care while in a hospital, as well as reducing costs, and very little has been published about stroke patients at this scale,” says Farhaan Vahidy, MBBS, PhD, MPH, assistant professor of neurology at McGovern Medical School at UTHealth, the study’s lead author, in a media release from University of Texas Health Science Center at Houston.

Results revealed more than 90% of all 30-day stroke-related readmissions were unplanned and, depending on the stroke type, up to 13.6% were deemed potentially preventable.

“Many, but not all, patients with more severe stroke are transferred to an academic hospital, which were found to have a steady readmission rate regardless of how many stroke cases were admitted, suggesting superior care,” Vahidy states. “These patients are all inherently more vulnerable to stroke recurrence and associated conditions such as septicemia.

“Patients from nonacademic hospitals, however, seem to be even more prone to this happening as stroke patient volumes increase, indicating opportunities for improvement in pre-discharge patient care and transitional follow-up.”

“The difference started to become statistically significant at hospitals discharging 300 stroke patients annually. For instance, at the 500 patient mark the increased risk of readmission is about 1 percent, which may not sound much, but it is because we’re talking about millions of patients,” Vahidy comments.

Greater adherence to quality-of-care metrics, use of telestroke technology and organization of care delivery, as well as having adjoining outpatient clinics, were among the features common at teaching hospitals, which could give these centers a competitive edge in patient care, the researchers wrote.

“Readmission reduction is a patient-centered outcome. Medicare provides publically available data for hospitals’ performance on readmission in stroke patients. However, additional analyses such as ours are needed to be incorporated, so patients and their families can better advocate for their care and make more informed choices.”

“Sprint Training” May Be Harmful for Non-Athletes 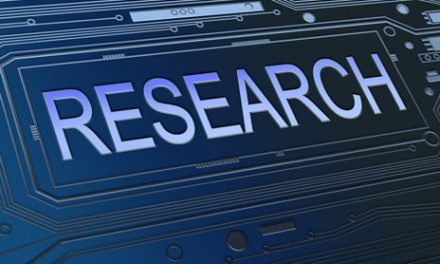 Olympic Athletes Could Have Heart Problems They Do Not Know About

Study: Women Have Worse Quality of Life than Men After Stroke