Rather than increasing the severity of multiple sclerosis (MS), as was once feared, resistance training may instead help to relieve the symptoms of the disease and protect the nervous system, thus slowing its progression, according to a new study.

“For the past 15 years, we have known that physical exercise does not harm people with multiple sclerosis, but instead often has a positive impact on, for example, their ability to walk, their levels of fatigue, their muscle strength and their aerobic capacity, which has otherwise often deteriorated. But the fact that physical training also seems to have a protective effect on the brain in people with multiple sclerosis is new and important knowledge,” says researcher Ulrik Dalgas, associate professor from the Department of Public Health at Aarhus University, in a media release.

The study was published recently in Multiple Sclerosis Journal.

In the study, the researchers followed 35 people with multiple sclerosis for 6 months. Half of the group performed resistance training exercises twice a week, while the other half continued to live their lives normally without participating in resistance training.

Prior to and following the 6-month period, the test subjects had their brains MR-scanned, and the researchers could see that there was a tendency for the brain to shrink less in those patients who undertook resistance training, the release explains.

“Among persons with multiple sclerosis, the brain shrinks markedly faster than normal. Drugs can counter this development, but we saw a tendency that training further minimizes brain shrinkage in patients already receiving medication. In addition, we saw that several smaller brain areas actually started to grow in response to training,” Dalgas adds.

The researchers note in the release that they are unable to explain why resistance training has a positive effect on the brain in people with multiple sclerosis.

In addition, they state that it is not yet clear whether all patients with multiple sclerosis can benefit from this type of exercise, as it has not been sufficiently tested among patients with more severe MS. 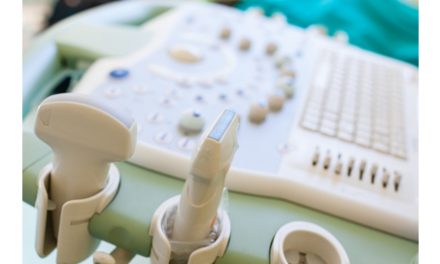 Ultrasound May Be Able to Identify Patients At Risk for Stroke

Study: Even Mild Traumatic Brain Injury Can Cause Brain Damage