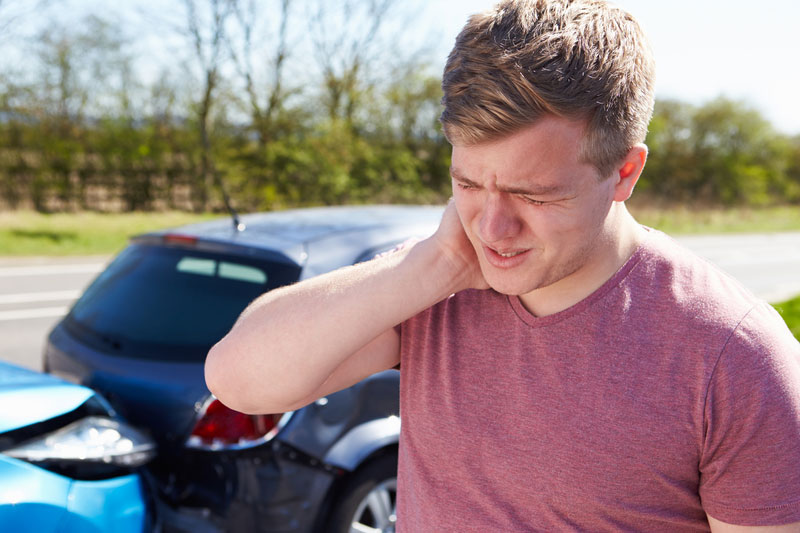 Using special MRI Imaging, Northwestern Medicine scientists have reportedly pinpointed, within the first 1 to 2 weeks of whiplash injury, which patients will go on to develop chronic pain, disability, and post-traumatic stress disorder (PTSD).

A Northwestern University news release states that following 1 to 2 weeks of the injury, Northwestern scientists identified unusual muscular changes in the chronic pain group using a sophisticated MRI that measures the fat/water ratio in the muscles. The imaging revealed large amounts of fat infiltrating the patients’ neck muscles, indicating rapid atrophy. The release adds that the presence of fat in the muscle does not appear to be linked to an individual’s body size or shape.

Researchers believe this represents an injury that is more severe than what might be expected from a typical low-speed car crash, says James Elliott, PT/PhD, lead investigator, assistant professor, physical therapy and human movement sciences at Northwestern University Feinberg school of Medicine.

The study appears in the journal Spine

Elliott adds that the findings open up “a new door for research on whiplash. For a long time, whiplash has been treated as a homogenous condition. Our study has shown these patients are not all the same; they have different clinical signs and symptoms.”

The release notes that the findings build on prior research Elliott conducted as a postdoctoral fellow at the University of Queensland, Brisbane, Australia. The prior study used standard MRI imaging and also found a large amount of fat in neck muscles of whiplash patients at 1 and 3 months postinjury. Those patients, the release says, went on to develop chronic pain and disability.

While not everyone requires an MRI following whiplash injury from a motor vehicle collision, the release reports that these findings assist physicians in understanding water/fat MRI, and in tandem with other clinical signs/symptoms it can be used to pinpoint who is likely to develop PTSD.

Elliott adds that this could then be used to justify the referral of the patient to a psychiatrist or psychologist.

“It appears that they may require a more concerted effort for pain management from their physician and help from a psychologist,” Elliott says.

According to the release, the findings suggest the importance of changing standard imaging protocols to identify these individuals early and start accelerated treatment. Routine imaging reportedly does not reveal this fat infiltration in individuals with whiplash injuries.

In the release, Elliott hypothesizes these patients may have partially damaged their spinal cord. The hypothesis stems from reports of feeling fatigued and clumsy when walking and weakness in their legs, with difficulty pushing hard on the gas pedal of a car or standing on tiptoes.

“We haven’t found an effective treatment for these folks with chronic whiplash, and I think it’s because we haven’t really figured out what’s wrong with them,” Elliott explains.

The release says the finding may help shed light on the condition, allowing individuals to recognize that the chronic pain is “not all in their heads.”

“If you’re a whiplash patient with ongoing chronic pain, but no objective imaging finds anything wrong, people are frequently informed that nothing is wrong with them. It’s been a huge problem,” Elliott notes

He adds, “That fat appears to be a response to an injury. What has actually been injured remains for us to find out. But now we know to look more deeply into the problem.”

Bone Development in Boys Gets a Boost from Playing Soccer