Researchers from the Ottawa Hospital Research Institute and University of Ottawa have discovered the reason why stem cells gradually lose their capacity to repair muscle damage. The research team, led by Michael Rudnicki, PhD, found that as muscle stem cells age, their reduced function is a result of a progressive increase in the activation of a specific signaling pathway, according to an Ottawa Hospital Research Institute news release. These pathways transmit information to a cell from the surrounding tissue.

With increased JAK/STAT pathway activity, fewer divide to produce two satellite cells and more commit to cells that eventually become muscle fiber. As such, this reduces the population of these regenerating satellite cells, which can result in a reduced capacity to repair and rebuild muscle tissue.

Rudnicki says, “What’s really exciting to our team is that when we used specific drugs to inhibit the JAK/STAT pathway, the muscle stem cells in old animals behaved the same as those found in young animals. These inhibitors increased the older animals’ ability to repair injured muscle and to build new tissue.”

Rudnicki’s team is exploring the therapeutic possibilities of drugs to treat muscle-wasting diseases, such as muscular dystrophy. The Ottawa Hospital Research Institute news release notes that the drugs used in this study are commonly used for chemotherapy, so Rudnicki is now looking for less toxic molecules that would have the same effect. 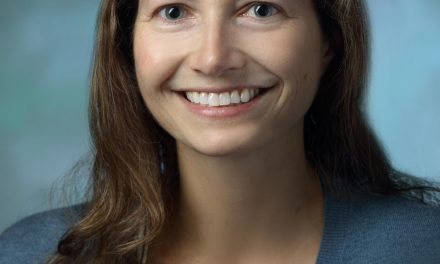