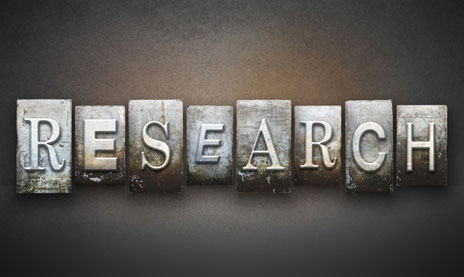 The study results, led by Washington University School of Medicine in St. Louis, indicates that mental health correlated more closely with disability than assessments typically made post-concussion, such as tests of memory, thinking, balance, coordination, and severity of headaches and dizziness.

David L. Brody, MD, PhD, study senior author, associate professor of neurology at Washington University, explains in a university news release that while researchers do not know what causes symptoms of post-traumatic stress and depression, “the severity of these psychological symptoms so soon after injury was the strongest predictor of later disability.”

The release adds that the study, which appears in the journal Brain indicates that mild concussions have more severe long-term effects than previously thought. These include difficulty returning to previous work, family, and social activities.

Brody notes that he was “surprised by how severe the level of disability was 6 to 12 months after these seemingly mild injuries, especially given that virtually all of these patients returned to duty soon after their concussions.”

Investigators state the study was designed to evaluate active-duty service members with blast-related mild concussions very early, in the first week post-injury, and to integrate that with follow-up evaluations of the same patients 6 to 12 months later.

In collaboration with the US military, the release says investigators at Washington University in St. Louis and the Naval Center Portsmouth in Virginia evaluated TBI from blast exposure in active-duty military personnel stationed in Afghanistan in 2012.

The study encompassed 38 patients diagnosed with mild blast-related brain injury and 34 members without brain injury who volunteered as controls. Study participants ranged in age from 19 to 44 years old, with a median age of 26 in the study group and 28 in the control group.

The release reports that early assessments of service members were made in Afghanistan within the first week post-injury. In order to evaluate mental health, the investigators used a standard military questionnaire created to assess symptoms of post-traumatic stress disorder, such as experiencing repeated, disturbing images or dreams, feelings of emotional numbness, difficulty concentrating, and feelings of anger or hyper-alertness. Follow-up mental health assessments were conducted using standard interviews 6 to 12 months later, the release says.

The results note that at later evaluations performed at Washington University in St. Louis, 63% of patients in the brain injury group were classified as moderately disabled, compared to 20% of the control group. Patients were classified as moderately disabled if they were unable to work as they did prior to injury; unable to continue previous social and leisure activities; or had mental health issues that disrupted relationships with family and friends. The remaining 37% of the brain injury group, the release notes, were considered to have a good recovery.

Christine L. MacDonald, PhD, who conducted the study while at Washington University, says that once researchers were able to “connect the dots, we saw that injuries that might have been considered trivial seemed to have a big impact on how these patients did later on.”

MacDonald also says the findings suggest that care for brain injuries among military personnel should be broadened to include psychological evaluations earlier in the process.

“We hope to contribute to the discussion about what should be done for these patients when they come in with seemingly mild concussions. We need to investigate whether there are new approaches to early care that will improve their quality of life over the long term,” she says.

Additionally, Brody and MacDonald credit a partnership with the study’s principal investigator in Afghanistan, Lt Cmdr Octavian Adam, MD, of the US Navy, for making the study possible. Adam serves a neurologist at Naval Medical Center Portsmouth and was deployed to provide care for U.S. troops.

BMI May Play a Role in MS Progression

Walking Can Benefit the Brain as Well as the Body