A study conducted by scientists at the University of Eastern Finland compared the use of personalized physical therapy to a generic exercise program to help affect the functional ability among patients with back pain who had impaired movement control in the lower back.

They suggest that a physical therapy regimen consisting of manual therapy and exercise targeting movement control impairment, rather than the generic exercise program, was more beneficial for such patients.

Treatment results also persisted among the patients at their 12-month follow-up, the researchers add, per a media release from University of Eastern Finland.

Patients with movement control impairment experience difficulties in controlling the position of their back when sitting down, standing, or bending their back. Impaired movement control is often caused by an earlier episode of back pain. However, what can make this problematic is that patients don’t realize that their incorrect back position is what is causing their current pain, the release explains.

After the physical therapy sessions, patients filled out a questionnaire charting the level of disability caused by their back pain.

The patients were analyzed after a 3-month physical therapy period, and again after 12 months, the release continues.

According to the results a 3-month physical therapy period significantly improved the functional ability of the patients in both groups, and the results persisted at a 12-month follow-up.

Compared to the onset of the study, results from the patients who participated in the personalized physical therapy regimen were statistically and clinically better than the results from the group who performed generic exercises, with regard to both their level of disability and the improvement of their functional ability, per the release. 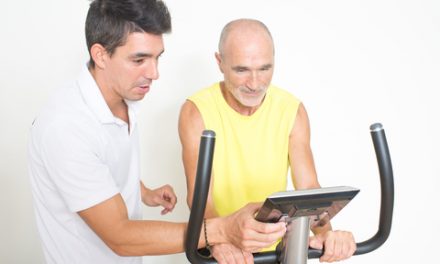