Patients ‘Found Down’ Could Be At Risk for Compartment Syndrome

Patients found unconscious after a prolonged period of time – typically due to opioid overdose – are at risk of developing a serious complication called compartment syndrome, according to a study published in The Journal of Bone & Joint Surgery.
“Patients who are ‘found down’ following an opiate overdose with crush injuries resulting in compartment syndrome have a high surgical complication rate and poor recovery of function,” according to the paper by Eric Swart, MD, and colleagues of University of Massachusetts, Worcester. Their study provides orthopaedic surgeons with needed guidance on the management of this emerging complication.

Compartment syndrome occurs when there is excessive pressure in a muscle space enclosed by tough, fibrous tissue called fascia. If pressure becomes severe, emergency surgical treatment (fasciotomy) is needed to prevent permanent damage to the muscle tissue. Compartment syndrome is most common following fracture of an arm or leg.

In their study, Swart and colleagues reviewed 30 cases of compartment syndrome as a result of muscle crush injuries in patients found unconscious after a prolonged period of immobility. Nearly all of the patients were “found down” as a result of some type of overdose, explains a media release from Wolters Kluwer Health: Lippincott Williams and Wilkins.

In most cases, it was unclear how long the patients (24 men and six women) had been unconscious and immobile, although evidence suggested the time down was longer than 24 hours for many of them. Compartment syndrome was most common in the leg, thigh, and/or buttocks, followed by the arm and hand.

All but five of the patients underwent fasciotomy, with an average of 4.2 surgical procedures per patient. Postoperative complications were common, including infections in 20% of patients and amputations in 12%. Most patients had muscle that appeared nonviable at the time of the first surgical procedure, although some of these patients eventually regained muscle function.

Initial examination was complicated in the 12 patients who were initially “unexaminable” because of unconsciousness or airway intubation. This group had mixed outcomes, with only a few patients regaining function. Across all 30 cases, the average length of hospital stay was 3 weeks.

This article shows high rates of severe functional defects in “found down” patients with compartment syndrome, for whom “operative intervention carries a high risk profile,” Swart and colleagues write.

They note that this group of patients may have more in common with those who have delayed-presentation muscle crush injuries (such as earthquake victims), rather than trauma patients.

“It is our hope that these data can help surgeons to make treatment decisions that can maximize return of function while minimizing unnecessary comorbidity of this complex and increasingly prevalent problem,” they conclude, per the release. 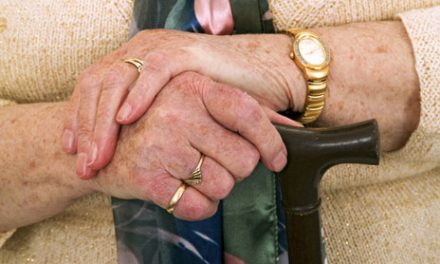 BMI May Play a Role in MS Progression