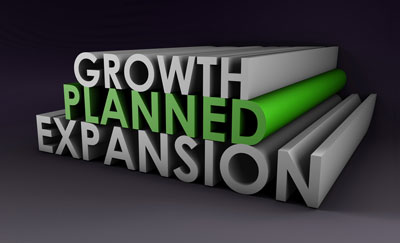 In a recent news release, the Ohio State University Wexner Medical Center announced its plans to move forward in the expansion of its Neurological Institute, adding a new Brain and Spine Hospital in the former Arthur G. James Cancer Hospital and Richard J. Solove Research Institute. The expansion is pending approval of the $14.3 million renovation by Ohio State’s Board of Trustees on January 30.

The release reports that the Brain and Spine Hospital is slated to open in early 2016 to meet the growing need for services for patients with neurological disorders, such as Alzheimer’s disease, Parkinson’s disease, multiple sclerosis (MS), spinal cord injury (SCI), traumatic brain injury (TBI), stroke, and more. The Brain and Spine hospital will be part of Ohio State’s Neurological Institute. The release notes that it will be designed to provide advanced clinical services and innovative research to improve the diagnosis, treatment, and cure of neurological diseases.

Michael V. Drake, Ohio State president, emphasizes the timeliness of the new facility in light of the growing neuroscience research and discoveries about the human brain and nervous system.

“The new Brain and Spine Hospital will create a ‘neurological cluster’ of disease-specific subspecialty units where multidisciplinary teams are focused on providing comprehensive, coordinated, efficient and compassionate care for the best patient experience and outcomes,” Drake says.

Ohio State’s Neurological Institute, the release adds, is a university-wide initiative encompassing 14 colleges, including engineering, business, dentistry, social work, nursing, and pharmacy, along with Nationwide Children’s Hospital, that are collaborating with Ohio State’s Wexner Medical Center in the areas of neuroscience and brain research.

Ali Rezai, director of the Ohio State’s Neurological Institute, states in the release, “…Today, our team is conducting over 300 clinical research trials, including new treatments for Parkinson’s and Alzheimer’s disease, stroke and ALS, many offered only at Ohio State. We are also providing comprehensive education for over 110 residents, graduate students and trainees in the Neurological Institute.  They are the foundation for the future of neuroscience research and patient care.”

According to the release, the Brain and Spine Hospital’s expansion of services will serve patients in central Ohio, as well as residents throughout the state by providing access to Ohio State’s stroke experts through the extensive telemedicine program as well as the new acute brain and SCI care units.

The release notes that the new Brain and Spine Hospital is intended to expand in-patient capacity, using 90 private rooms, including some dedicated solely to clinical trials.