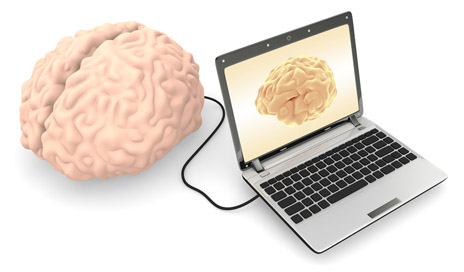 After a stroke, repetitive movements can help patients gain control over their motor functions. However, not all patients are physically capable of executing the required movements. An alternative way to repair stroke patients’ neurological pathways is through the use of “motor imagery,” in which patients imagine their movements without physically executing them, explains a media release from The Agency for Science, Technology and Research (A*STAR).

“A BCI lets us detect a patient’s thoughts using electroencephalogram (EEG) recordings, and then a feedback system moves the limb using robots. This shows patients if they have imagined the movement correctly,” explains Kai Keng Ang from the A*STAR Institute for Infocomm Research, in the release.

Ang and co-workers, along with researchers from Singapore and Australia, wanted to investigate whether patients could get better at using a BCI if their brain was first subjected to transcranial direct current stimulation (tDCS)—the application of an external electric current to the skull, per the release.

In their investigation, the researchers selected 19 stroke patients with impaired arm movements. They randomly assigned 10 patients to receive tDCS for 20 minutes and nine patients to receive “sham-tDCS”—in which current was only applied for the first 30 seconds to give the sensation of stimulation. The patients then underwent several BCI trials in which they were asked to imagine either moving their arm, or remaining idle.

The trials showed that the group receiving tDCS were significantly more accurate than the sham-tDCS group in generating the required motor imagery signals. The tDCS group also showed a higher indication of Event Related Desynchronisation, a well-established neurophysiological observation that when we move one of our hands or imagine the movement, the amplitude of certain EEG frequencies in the opposite hemisphere of the brain decreases, the release explains.

The study was published recently in Archives of Physical Medicine and Rehabilitation.

Male Triathletes May Be at High Risk for Myocardial Fibrosis