High Doses of Vitamin B Could Increase Fracture Risk in Women

High doses of vitamin B supplementation may put women at risk for fracture, according to a study published recently in JAMA Network Open and reported in MedPage Today.
In the study, Haakon E. Meyer, MD, PhD, of the University of Oslo in Norway, and colleagues, analyzed the records of more than 75,000 postmenopausal women. The data suggests that higher total intakes of vitamin B6 and vitamin B12 were both associated with a higher relative risk of hip fracture:

This relative risk was still significantly elevated when intake of the vitamins was isolated to supplements only — i.e., not including diet:

“High intakes were due to use of supplements,” the researchers note, adding that the “findings add to previous studies suggesting that vitamin supplements should be used cautiously because adverse effects can occur.”

The analysis included women who participated in the Nurses’ Health Study, who were followed from June 1984 to May 2014. Among the 75,864 postmenopausal women included, 2,304 had a hip fracture during follow-up, with an average age of hip fracture of approximately 76. These women who experienced a hip fracture also had an average body-mass index of 24.3.

Information on diet and supplement intake were collected through semi-quantitative food frequency questionnaires collected every 4 years. Data on hip fractures and other clinical factors — some of which included smoking status; exercise frequency; menopausal status; menopausal hormone therapy use; osteoporosis, cardiovascular disease, diabetes, and cancer history; and use of corticosteroids and furosemide-like and/or thiazide diuretics — were collected through biennial questionnaires.

Regarding possible mechanisms of action for the relationship, the researchers speculated that high doses of the vitamins (500 mg/d) might increase the risk of falling because neurological symptoms, including ataxia, neuropathy, and decreased muscle tone, have been reported, and milder neurological symptoms have been observed at doses of approximately 100 mg/d as adverse effects.

In addition, “preliminary work suggested that high vitamin B6 concentrations might accelerate bone loss by counteracting the modulating influence of estrogens on steroid receptors,” Meyer and co-authors add, in the news story.

Meyer’s group notes that although the cohort design and use of food frequency questionnaires were limitations of the study, the findings still “add to the body of literature that suggests caution should be used in vitamin supplementation when there is no apparent deficiency,” the story concludes. 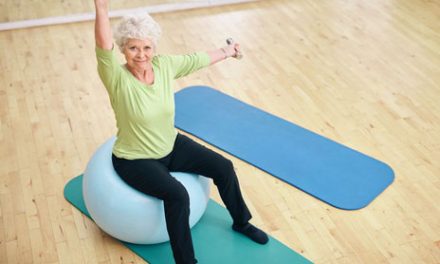