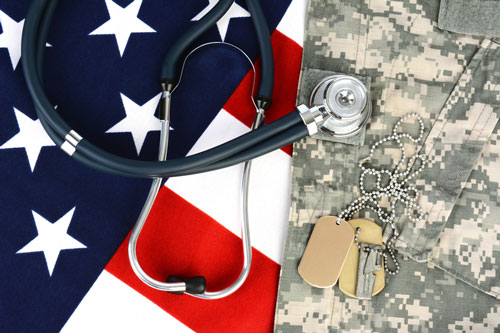 New clinical recommendations by a panel of experts indicate that military service members with mild traumatic brain injury (mTBI) should follow a six-step process of progressive activity, leading up to return to active duty. According to a news release from Wolters Kluwer Health: Lippincott Williams and Wilkins, the new guidance includes specific recommendations for rest and activity, based upon minimal or absent symptoms at each stage of progression. A Progressive Activity Working Group established by the Defense and Veterans Brain Injury Center (DVBIC) reportedly developed the clinical recommendations.

The guidance appears in an annual special issue of The Journal of Head Trauma Rehabilitation devoted to new research on TBI in the military.

The release notes that the Working Group featured Department of Defense representatives across all service branches and from the Defense Centers of Excellence for Psychological Health and Traumatic Brain Injury, in addition to other experts with experience assessing military patients with TBI. Karen L. McCulloch, PT, PhD, NCS, University of North Carolina-Chapel Hill, served as lead author.

Hinging on a blend of current evidence and expert opinion, the recommendations aim to update previous guidelines, the release says, which were based primarily on studies of sports-related concussions.

McCulloch notes that while service members share similarities with athletes, “guidance of sports-related concussion relevant to military contexts and does not incorporate the complexities of military demands, decision making under stressful conditions, and multitasking in extreme environments,” she says.

The release states that a 24-hour recovery period is mandated for all service members with mTBI following a first concussion, and longer recovery periods for second or third injuries. Additionally, if a service member is free of symptoms at rest but develops symptoms after initial activity testing, the progressive return to activity guidance should be followed.

The recommendations outline a six-step process that progresses from rest, to light routine activity, to light occupation-oriented activity, to moderate, intensive, and unrestricted activity. Each stage lasts at least 24 hours, with specific types of activities prescribed, the release says.

If patients develop symptoms, they cannot proceed to the next step. Symptoms include pain or other physical symptoms, affective (mood) symptoms, cognitive (thinking) symptoms, or balance/vestibular symptoms. Should any of these occur, patients must return to the previous stage of activity that they were able to tolerate without symptoms.

In the release, the Working Group expands upon this, emphasizing “Individuals whose symptoms are worsening, are not progressing as anticipated, or do not progress in 7 days are referred to a higher level of care.” The release adds that “red flags” are also identified that may indicate an acute neurological condition requiring immediate specialty consultation.

McCulloch and the Working Group highlight their hope that the rehabilitation recommendations will help maximize recovery and return to active duty, taking into account the unique needs and characteristics of service members with mTBI.

Short-Term Opioids for Pain Still Come with Side Effects