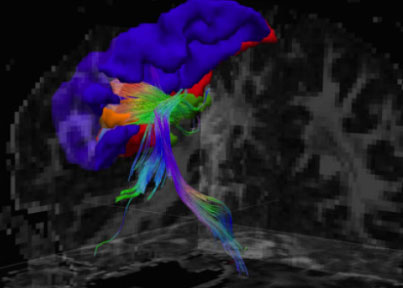 Researchers have published a study that suggests a link between concussions sustained by young ice hockey players and subtle changes in the cortex. These researchers from the University of Vermont (UVM) College of Medicine include James Hudziak, MD, and colleagues Matthew Albaugh, PhD, Catherine Orr, PhD, and Richard Watts, PhD.

The study appears in the February issue of the Journal of Pediatrics.

According to a 2013 “Ice Hockey Summit II” contributed to by Hudziak and Ann McKee, MD, Boston University School of Medicine, yearly more than 300,000 sports-related concussions (SRC) occur across all sports and all levels in the US. A news release from the University of Vermont notes that the authors called for the elimination of head hits from all levels of a change in body-checking policies and the elimination of fighting in all amateur and professional hockey.

During their research, the UVM team reportedly used advanced imaging technology and cognitive testing to assess 29 Vermont ice hockey players between the ages of 14 and 23 years old, some diagnosed with SRC. The team says that as the severity of the athletes’ concussion symptoms increased, the cortex became thinner in areas where it should be dense at those players’ ages. These areas related to attention control, memory, and emotion regulation, the team notes.

Hudziak states in the release that the team believes injury to the developing brain may be more severe than injury to an adult brain.

Albaugh adds that the primary concern that the researchers found may be an early marker of brain damage. “Years of playing contact sports and repeatedly getting your head knocked around probably isn’t good for the brain, especially in young children whose brains are still maturing.”

The release says the findings build on existing research into the consequences of brain injuries in other sports, including the brain damage discovered in professional football players by McKee, who is a neurology and pathology professor at Boston University and director of the “brain banks” in various centers of study for the university and the Veterans Administration.

“It just adds to our information base about young athletes playing contact sports. It’s a first step. It needs to be looked at longitudinally. We need to know if these athletes recover,” McKee explains.

Regarding the cortex thinning observed in Hudziak’s study, McKee says researchers are hopeful these changes can be reversed.

The release states that already, in a follow-up study, Hudziak’s team has found more evidence of increasing issues in the brains of athletes when compared to non-athletes. The work focuses on “hypersensitivies,” which appear as little white spots on a brain image. The research indicates a higher volume of these bright sports may correlate with decreased thickness in the cortex.

“As a general rule of thumb, you’re allowed one of these bright spots every 10 years of your life,” Albaugh says. One of the college-age athletes in the study has 18 spots, Albaugh points out.

Hudziak emphasizes that his goal is to make these types of sports safer, so more people can continue to play them.