Researchers at the University of Illinois at Chicago (UIC) College of Medicine have shown that the activation of a single cell provokes the inflammation and bone degradation of patients with rheumatoid arthritis (RA). The findings of the study may point to a new therapeutic target to interrupt the cycle of inflammation and bone erosion in RA. Toll-like receptor 5, or TLR5, is found on cells in the fluid of arthritic joints. The study found that the receptor also up-regulates a potent inflammatory molecule called TNF-alpha, which recruits even more myeloid cells into the joint where they are transformed into osteoclasts, or bone-degrading cells.

Shiva Shahrara, PhD, and colleagues placed TLR5-expressing myeloid cells next to joint fluid from RA patients, discovering that the cells migrated into the fluid. However, if the receptor was blocked by an antibody, cell migration toward the fluid was notably reduced. Shahrara believes that something in the joint fluid attracts cells with TLR5, such as the binding protein of TLR5 that is most likely present in joints affected by RA. The research team also found that levels of TNF-alpha increased in joint fluid from patients with RA when myeloid cells with activated TLR5 were present, according to a UIC news release.

The UIC news release indicates that in a mouse model of RA, experimental mice given an antibody that blocked the TLR5 receptor had significantly reduced joint swelling and bone erosion compared to controls. The TLR5 antibody treatment may reduce swelling by lowering the number of myeloid cells migrating into the joints to become osteoclasts, according to researchers. Based on her studies in mice, Shahrara supposes that a drug that prevents TLR5 activation may slow or even prevent the inflammation and bone erosion associated with later-stage RA in patients.

Shahrara explains, “When TLR5 is activated, it initiates a vicious feedback loop that results in a worsening of both the inflammatory and erosive features of rheumatoid arthritis. The receptor is a major driver of inflammation and bone degradation. Blocking this receptor could have significant therapeutic value in interrupting joint swelling and bone loss in patients with rheumatoid arthritis.”

[Source: University of Illinois at Chicago College of Medicine] 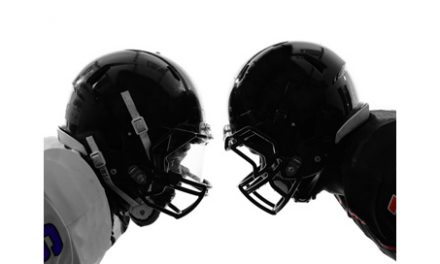 Only One in Three Know Concussion is a Brain Injury, Per Mayo Clinic Survey