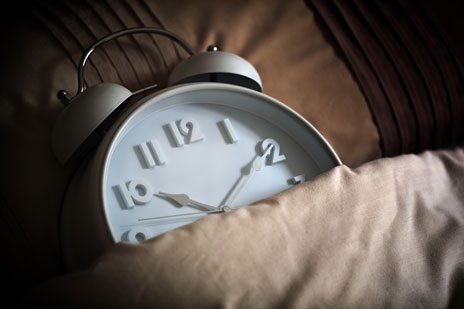 A study from the University of Cambridge reports individuals sleeping more than 8 hours a day may face an increased risk of stroke; the risk doubles for older adults who persistently sleep longer than average, it says. Yet, in a news university news release, researchers explain that it remains unclear why this link exists and recommend further research.

During the study, researchers from the department of Public Health and Primary Care at the University of Cambridge followed just under 10,000 individuals aged 42 to 81 years old from the European Prospective Investigation into Cancer (EPIC)-Norfolk cohort for 9.5 years. The release notes that from 1998 to 2000, and then again 4 years later, the researchers asked the cohort how many hours on average they slept in a day and whether they generally slept well. Nearly seven out of 10 participants indicated that they slept between 6 and 8 hours a day, while one in 10 reported sleeping for more than 8 hours a day. Participants who slept for less than 6 hours a day or more than 8 hours were more likely to be older, women, and less active, the release says.

Over the course of the nearly 10-year period of the study, the release says a total of 346 participants sustained a stroke, either a non-fatal or fatal stroke. Once they had adjusted for factors such as age and sex, the researchers state they found individuals who slept longer than 8 hours a day were at a 46% greater risk of stroke than average. Individuals who slept less than 6 hours a day were at an 18% increased risk, but researchers say the small number of individuals falling into this category indicated that the link was not statistically significant. (The release states that the absolute risk of stroke was 4.1% for less than 6 hours’ sleep, 3.1% for 6 to 8 hours, and 5.3% for more than 8 hours. Note: these figures are before adjustment for age, sex, etc—figures for after adjustment were not available.)

Participants who reported sleeping more than 8 hours when asked at both points of the study were at double the risk of stroke when compared to those with persistently average sleep duration (between 6 and 8 hours a day), the results suggest. The risk rose for those who reported sleep increased from short to long during the 4 years; elevating to four times that of individuals who maintained an average sleep duration.

The release states in addition to studying the EPIC-Norfolk cohort, the researchers also carried out a study of combined data from 11 other related studies to pinpoint the link between sleep duration and patterns of stroke risk. The final analysis, including 560,000 participants from seven countries, reportedly supported the findings from the EPIC-Norfolk cohort study.

In the release, Yue Leng, a PhD candidate, University of Cambridge, states that it is “apparent both from our own participants and the wealth of international data that there’s a link between sleeping longer than average and a greater risk of stroke. What is far less clear, however, is the direction of this link, whether longer sleep is a symptom, an early marker or a cause of cardiovascular problems.”

The researchers add that it is unclear why a link between sleep and stroke risk should exist. Previous research has linked lack of sleep to factors such as disrupted metabolism and raised levels of the “stress hormone” cortisol, all of which may lead to higher blood pressure and increased risk stroke. Yet, the current study indicates a link between longer sleep duration and higher risk of stroke was independent of normal risk factors for cardiovascular disease.

Kay-Tee Khaw, senior study author, points out that understanding the link between stroke risk and sleep is key.

“What is happening in the body that causes this link? With further research, we may find that excessive sleep proves to be an early indicator of increased stroke risk, particularly among older people,” Khaw says.