‘Obsessively Passionate’ vs ‘Laid Back’: a Runner’s Mental Outlook and Injury Risk

A new research paper by University of South Australia Adjunct Professor Jan de Jonge and his team reveals the price that runners (and society) pay when the sport becomes an obsession.

The study, “Mental Recovery and Running-Related Injuries in Recreational Runners: the Moderating Role of Passion for Running”, was published recently in the International Journal of Environmental Research and Public Health.

In the study, Prof de Jonge – based in the Netherlands at Eindhoven University of Technology and Utrecht University – surveyed 246 recreational runners aged 19 to 77 years to investigate how a person’s mental outlook (mental recovery and passion for running) affects their risk of running-related injuries.

Among the participants, according to a media release from University of South Australia, 54% were male and 46% were female, and their average running experience was 14 years.

On average, participants engaged in running activities three times a week, and the average running distance was about 27 kilometers per week. Two-thirds of the runners ran in groups, and approximately half of the runners used an individualized training schedule for their training activities.

Of all participants, 51.2% reported running-related injuries over the past 12 months, such as knee, Achilles tendon and foot injuries.

The more “obsessively passionate” runners – where the sport fully controlled their life to the detriment of partners, friends and relatives – reported far more running-related injuries than those who were more “harmoniously passionate” and laid back in their approach to running, the release continues.

The latter group, who are in full control of their running and integrate the sport into their life and other activities, reported faster mental recovery after a run and sustained fewer running-related injuries. They were more likely to heed the early warning signs of injuries and take both physical and mental breaks from running whenever necessary.

Obsessively passionate runners disregarded the need to recover after training and failed to mentally detach from the sport, even when running became harmful. Their approach to running delivered short-term gains such as faster times but resulted in more running-related injuries.

Age and gender also played a part. The older runners were able to mentally detach and recover a lot faster after a run than those in the 20-34 age group – especially females – who were more prone to running-related injuries.

“Most running-related injuries are sustained as a result of overtraining and overuse or failing to adequately recover, merely due to an obsessive passion for running,” de Jonge says.

“The majority of research focuses on the physical aspects of overtraining and lack of recovery time, but the mental aspects of running-related injuries have been ignored to date.

“When running becomes obsessive, it leads to problems. It controls the person’s life at the expense of other people and activities and leads to more running-related injuries. This behavior has also been reported in other sports, including professional dancing and cycling,” he concludes, in the release. 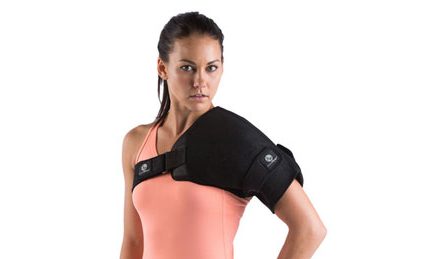 Mini Roll Offers Support of the Spine, Legs, and Shoulders